On August 27, 2019, Robot27 officially launched its new facility in the Irvine Research Center in grand fashion. Over 120 vendors, customers, friends and colleagues celebrated with us during the five-hour event.

At the door, guests checked in with a Universal Robots UR3e collaborative robot which used a magic marker to write each person a nametag. Once inside, a UR5 poured glasses of red and white wine with the help of a four-fingered pneumatic gripper manufactured by Soft Robotics. After a stop at the food table for a quick bite to eat, guests were encouraged to play against our UR3e cobot at Tic Tac Toe and have their photo taken in our UR10e-powered photo booth. Later in the evening, the band serenaded attendees with Jazz classics and standards.

Attendees came from many different walks of life. Universal Robots was well represented with its Global head of UR Plus flying in from Dallas, and most of the staff and robots from the Irvine office. Our automation equipment suppliers from Numatic Engineering, Keyence and Soft Robotics contributed hardware to our demonstrations. Many of Robot27’s satisfied customers also dropped by to give their congratulations and to share their stories with other guests.

Company president Doug Spinn and partner Edison Valente tried to spend time with everyone, but it was a challenge! The stage was set, so to speak, to show off the best of what Robot27 has to offer to the automation world.

The success of our Grand Opening sets the tone for future events at our Irvine facility. Watch for announcements of future programs in partnership with automation specialists, cobot accessory manufacturers, and equipment suppliers to help build a community of robotics enthusiasts here in Orange County. 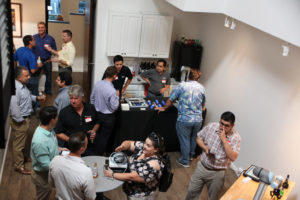 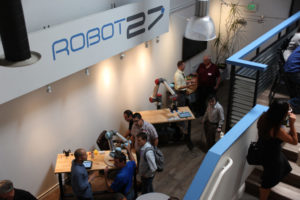 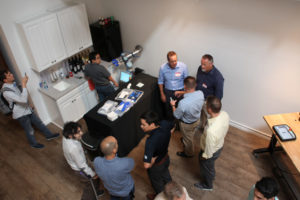 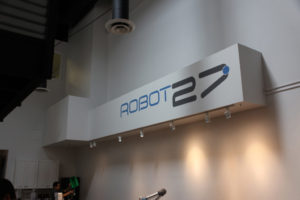 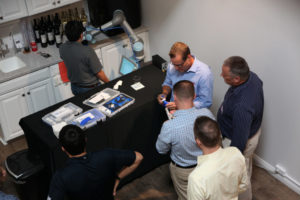 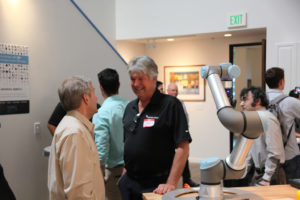 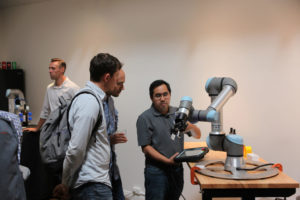 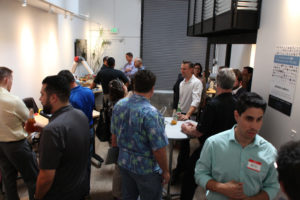 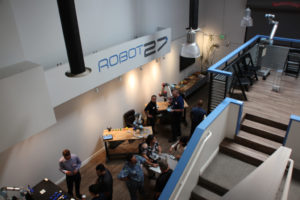 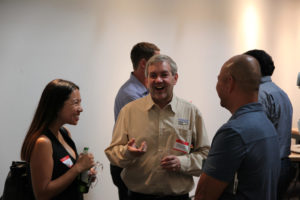 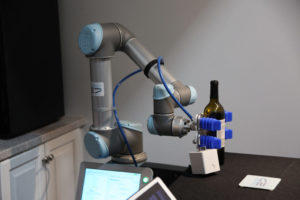 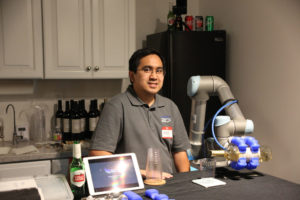 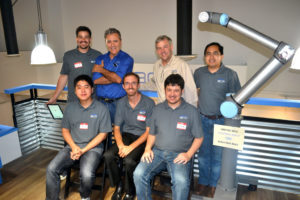 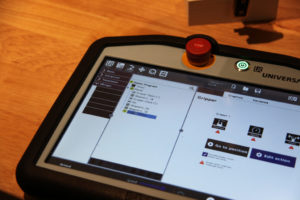